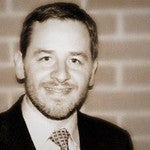 Kevin Koc has practiced employment law in Kansas and Missouri for over 15 years and has been a part of several successful jury trials and federal appeals. Prior to becoming an attorney he worked in the Human Resources field where he gained a practical understanding about how the day to day work life of employees is impacted by employment laws, management decisions and interactions with Human Resources. Kevin uses that knowledge and the extensive experience he has litigating such matters to help employees pursue legal claims against their employer. Kevin is also Of Counsel to Meyers Law Firm LC.

Kevin grew up in the Sierra Nevada and moved to Wichita, Kansas where he attended Wichita State University and worked for several years as a human resources professional before deciding to attend law school at the University of Kansas Law in Lawrence, Kansas. Upon graduation, Kevin finished in the top 20% of his class, served a year on the University of Kansas Law Review all while having two young children (one of whom was born during law school). After graduating, using his background in Human Resources as a launching board, Kevin immediately entered into practicing law on behalf of employees where he has continued to focus his practice for the entirety of his legal career. Kevin has litigated against some of the largest companies and law firms in the region and country. Kevin has been closely involved in litigating four jury trials through a jury verdict. His experience will ensure that Kevin understands your case at a practical level and how it may play out all the way to a jury trial. Kevin has also been part of successful appellate briefs to the Tenth and Eighth Circuit and has also litigated successful class action lawsuits on behalf of employees who were not paid their lawful wages.

When he is not practicing law, Kevin studies and informs himself about the challenges faced by the average American in the world of increasing corporate and government overreach. He remains committed to helping use his law practice as a counter balance against those forces which counter the average person.

Kevin seeks to maintain a smaller case load so to ensure continued and regular attorney-client contact.

Kevin will review the relevant facts regarding your employment scenario and help determine if a violation of the law may have occurred and if so, whether Koc Law can help. It is important to note, not every meritorious claim is a case Koc Law can provide legal representation. If Koc Law LLC provides representation to you, as a client, Kevin will explain and inform you with relevant details so you can make informed decisions as to the progress of your lawsuit and otherwise keep you apprised on the progress of your claims as events warrant.

Thank you for contacting us. We will get back to you shortly.

Please complete all required fields below.

Koc Law LLC Is Here for You

At Koc Law LLC, we focus on Retaliation, Medical and Family Leave, Wage Law, and Disability Discrimination and we are here to listen to you and help you navigate the legal system.

Koc Law LLC is committed to answering your questions about Retaliation, Medical, and Family Leave, Wage Law, and Disability Discrimination law issues in Kansas and Missouri.

We offer a free consultation and we'll gladly discuss your case with you at your convenience. Contact us today to schedule an appointment.